in Culture, On-Campus
Reading Time: 5min read
A A

Every six years, Virginia’s Community Colleges System (VCCS) sets a new strategic goal for itself. Its latest goal, “Opportunity 2027,” is quite ambitious.

Its main objective is that the states’ community colleges “will achieve equity in access, learning outcomes, and success for students from every race, ethnicity, gender, and socioeconomic group.”

VCCS spent over a year learning about and planning how to implement universal equity in all 23 affiliate institutions. The plan’s task force included deans, presidents, students, and outside consultation to assess practices in enrollment, retention, student life, and student success. They met with futurists to assess career trajectory, thought leaders in education, and government officials to develop their plan. And they collected data with “sobering” results, according to their project plan.

They discovered deep inequities among their student populations, specifically referencing data gathered on Black students, the second largest student population in the VCCS. Only one third of Black students applying to a Virginia  community college enrolled. In a three year period, only one out of every five Black students who enrolled graduated with some kind of certification. Over the past five years, Black student enrollment dropped by 12,000, and in spite of graduation rates increasing among other minoritized groups, fewer Black students were graduating.

“The data are clear that we are losing or have lost a significant number of Black men in our enrollment decline,” said Dr. Sharon Morrissey, co-chair of the strategic plan task force and senior vice chancellor for Academic and Workforce Programs with VCCS.

It’s one of the reasons that achieving equity is something she said they “must do.” 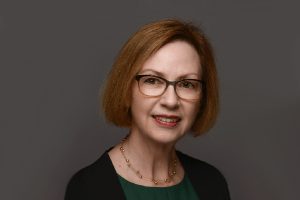 The six-year goal is broken down into two-year segments, with rigorous accountability and status check-ins scheduled along the way. Defining equity clearly and getting all VCCS leaders, staff, and students on board remains a top priority, along with thoroughly training faculty and making diverse hires to help support students from all walks of life. VCC officials said that providing and cultivating a culture of care for students and ensuring students are prepared to thrive in a 21st century workforce are central tenets of the their goal as they work to make education affordable and flexible without sacrificing sustainability.

Dr. Glenn DuBois, chancellor of VCCS, meets with and evaluates his community college presidents once a year. This time, said Morrissey, “[DuBois] asked each president to bring in a strategic plan for implementing some component [of ‘Opportunity 2027’] at their college. They get one year, and then they have to report out what they’ve accomplished.”

Progress will also be tracked on a public dashboard, an online site that will show the status of meeting the equity goals at each community college.

DuBois and his task-force committee initially began planning their next six-year strategy right when COVID-19 hit.

“Our world was turned upside down,” said Morrissey. They scrambled to figure out how to get their colleges and students through a pandemic safely. “And then, George Floyd was killed.”

At his yearly address to the state board, college presidents, senior leadership and other faculty and staff on October 14, 2021, DuBois impressed the importance of equity to Morrissey and her co-chair Dr. Anne Kress, president of Northern Virginia Community College (NOVA).

Kress said that she and Morrissey worked to bring “diverse voices and experiences” into their committee meetings. 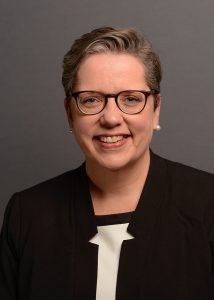 “It’s through that dialogue that our ideas got sharper and clearer. I can’t say enough about the quality and the impact of the discussions we had in such a broad base group,” said Kress.

Dr. Tia Brown McNair, author of From Equity Talk to Equity Walk and vice president for diversity, equity, and student success at the Association of American Colleges and Universities (AACU)  joined them, as did Cristen Moore and Martha Snyder, both directors at HCM Strategies, a public policy firm that focus on advancing education policy and advancing equitable outcomes.

Snyder and Moore were an integral third-party voice, using data to drive the conversations, which were not always easy.

“As we looked at the VCCS data, it was clear that students of color, more specifically that Black males, were not being served well,” said Moore. 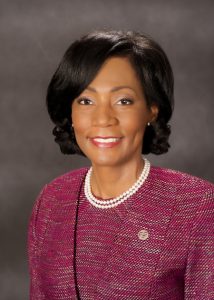 Dr. Marcia Conston, president of Tidewater Community College in Virginia, was a member of the task force and chaired the committee in charge of equity. Being data driven was important to her, especially because the numbers backed up what she and others had experienced. “A lot of the things we uncovered we knew—the success rate of minority males, the success rates of women, the opportunities and the barriers they face. Now, we had the data to validate.”

“There were times when we had very tough conversations, but they were very collegial at the same time,” Conston said.

But mostly, she said, the work was tremendously rewarding.

“To have board members engaging on the committee, that was very profound for me. That to me showed true engagement. They were there at every meeting.”

Dr. Christine Johnson McPhail said that having representatives from the state board is critical to a mission’s success. McPhail is president of St. Augustine University and co-authored Transformational Change in Community Colleges: Becoming an Equity-Centered Higher Education Institution with Dr. Kimberly Beatty.

A mission’s success “absolutely requites commitment from the top. The government boards have to commit to policy changes. Without that, [equity] is just another fad,” said McPhail, an expert on community colleges, having served as the president of one and helped to create a doctoral program at Morgan State University that trains community college leaders.

Morrissey, Kress, and Conston acknowledge that they will likely encounter some roadblocks as they move forward with implementation,  simply because of a reluctance to change. This is why the mission’s first task is crucial to its success. A communication committee will work toward state-wide edification and agreement, not only regarding the definition of equity but also its importance.

For McPhail, it is imperative for community colleges across the nation to follow Virginia’s efforts and aggressively tackle equity issues at their institutions.

“America is demanding this on every level, politically, economically, culturally,” McPhail said. “It’s not an option anymore. If we’re going to become the America we’ve all been talking about becoming, then we have to make transformational change.”

Liann Herder can be reached at lherder@diverseeducation.com.

At CPAC, Allen West urges Americans, including Black residents, to be victors, not victims

The Emotional Toll of Racism