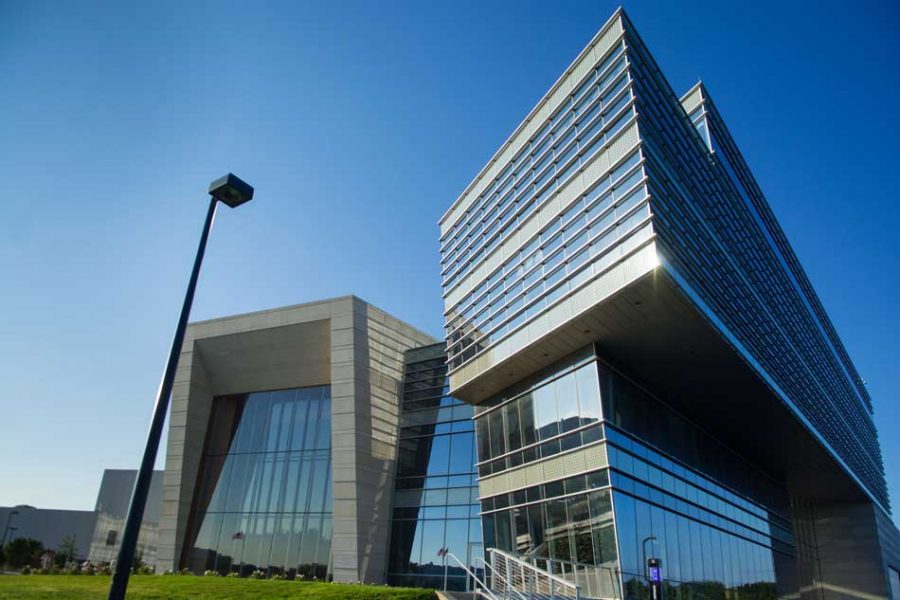 The Patrick G. and Shirley W. Ryan Center for the Musical Arts, home to the Bienen School of Music. Bienen launched a three-part Black Composer Showcase series featuring performances by voice and instrumental students, as well as presentations on the works and composers by faculty and student musicologists and guests.

The Bienen School of Music launched a three-part Black Composer Showcase series featuring student performances as well as presentations on the works and composers by faculty, students and guests.

The series is one of several DEI initiatives the school has implemented over the past year, following a yearslong student effort to increase Black representation in Bienen.

The first video in the series, “Chicago Connections,” was released on June 24. It focuses on Northwestern alumna Margaret Bonds and her mentor Florence Price, both of whom are influential female Black composers with ties to Chicago.

“They brought new pieces to the table that I didn’t know,” Brunssen said. “Throughout the entire year, we saw them doing these pieces for juries, for recitals, for auditions… It was just prolific. And then it turned into, ‘Okay, how can we showcase this?’”

More than just featuring performances of some of these works, the video series also includes information about the composers and historical context for the pieces.

In “Chicago Connections,” Prof. Louise Toppin, who teaches music and voice at the University of Michigan, talks about the influence Bonds and Price had on the field of classical music.

“(Bonds and Price) have started an entire school of African American women composers coming from Chicago,” Toppin said in the video. “It’s a very strong lineage that continues until today.”

Toppin first spoke about Price and Bonds’ backgrounds and accomplishments. Price was the first Black woman to have a composition performed by a major symphony orchestra. Bonds, who studied and lived with Price for a period of time, gained recognition not only for her compositions, two of which were featured in Gone with the Wind in 1939, but also her piano performance. She became the first Black soloist to perform with the Chicago Symphony.

Toppin also discussed the impact of intersectionality — Price was the first internationally recognized Black woman composer. However, she did not achieve the level of success she’d hoped for during her lifetime.

“(Price) is actually only now getting the type of recognition that is deserving of a woman composer of her stature,” Toppin said in the video.

Beyond their life paths, Toppin compared the compositional techniques of Bonds and Price and the effects of these musical differences.

She also emphasized that many compositions by Black composers include perspectives from the Black community about critical times in American history. She said it’s crucial for audiences to engage with all narratives, and she encouraged all musicians to perform works by Black composers.

“African American music is important for all of us to engage with because it tells a part of the narrative of American music, and without considering these narratives, we are teaching and singing an incomplete story of America,” Toppin said in the video. “We need to have champions of this music, and champions of this music should look like the globe, not any one person, or any one race of people.”

In a June 28 news release, Bienen Dean Toni-Marie Montgomery said she is proud of the Bienen students and faculty who worked on the series.

“We must work as a community to incorporate more voices and contributions of diverse groups into our music curricula and performances,” Montgomery said in the release.

Brunssen said the students involved have also expressed that they are proud of the project and excited to share these compositions with a wider audience. The project has already had an impact beyond Bienen, Brunssen said, gaining recognition from the National Association of Teachers of Singing, which she said is the biggest voice teacher organization in the world.

Moving forward, Brunssen said Bienen is planning to expand the showcase to BIPOC composers. She also said professors have been making an effort to include more works by women composers in their syllabi.

“This idea of putting social justice within the school of music through repertoire is gold,” Brunssen said. “I think it’s fantastic — we all care about it.”

Henry Parham, Who Fought in a Black Unit on D-Day, Dies at 99