No Result
View All Result
Home "Know Your History"

34 things to know about Herschel Walker

2 – Walker was a state champion sprinter and discus thrower in high school.

3 – Walker signed to play football at Georgia in April 1980 after using a coin flip to decide whether to either join the military or attend college. His college choices were Georgia, Clemson or USC.

4 – Walker played football for the University of Georgia from 1980 to 1982, where he was a three-time All American. 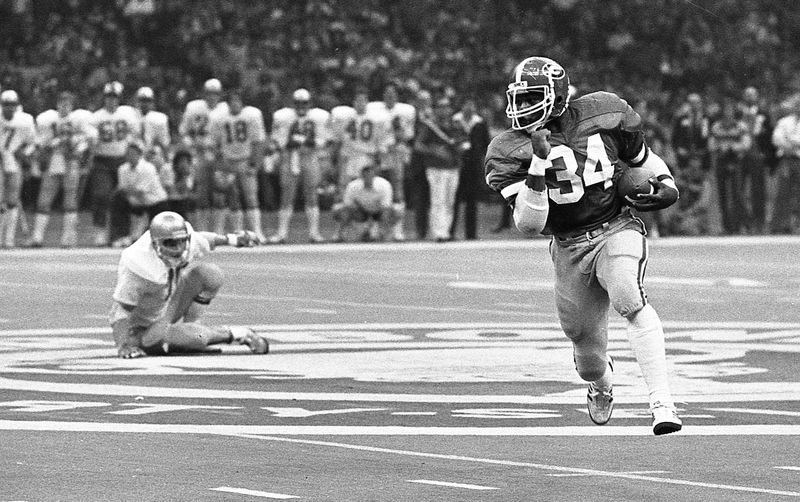 Georgia’s Herschel Walker has a full head of steam going against Notre Dame in the 1981 Sugar Bowl. AJC file photo

7 – Walker’s sister, Veronica, was an All-America track star at Georgia in 1981. 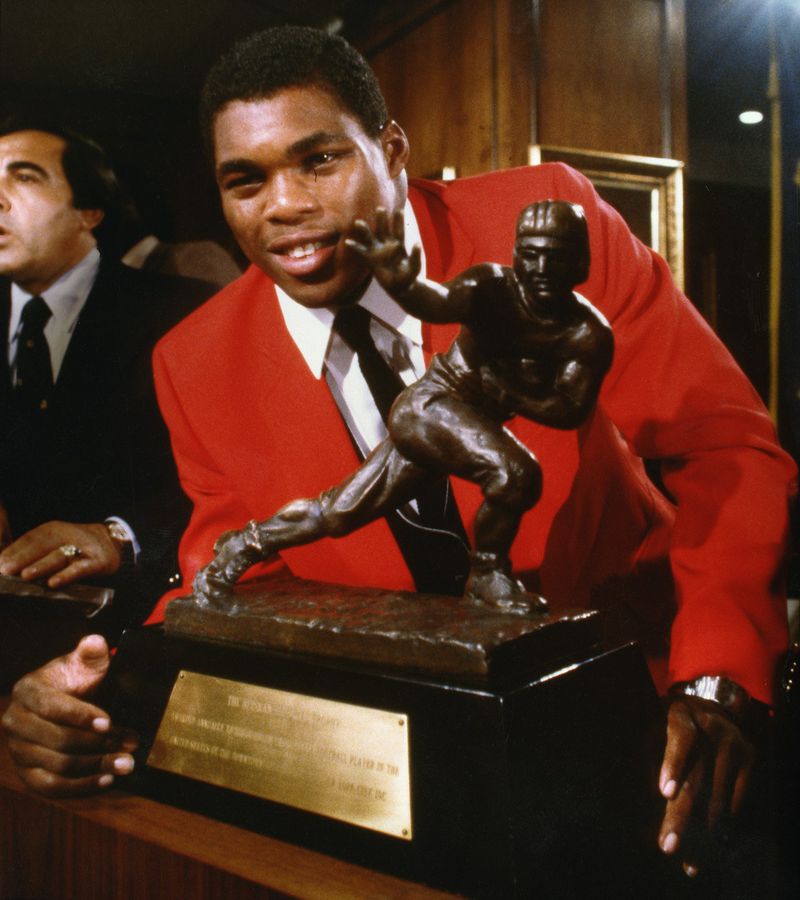 9 – Walker was a finalist in the Heisman Trophy voting in all three of his seasons at Georgia, winning the award in 1982.

10 – Walker holds a bachelor’s of science degree in criminal justice from Georgia.

11 – Walker contends another coin flip — this time in his Athens apartment — determined his decision to go pro as a junior in college. 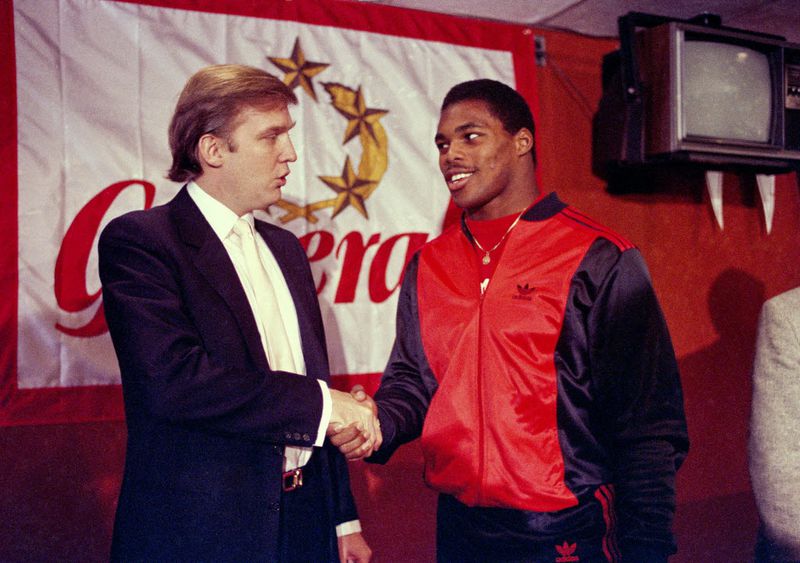 15 – Walker won the USFL rushing title as a rookie in 1983 and again in 1985, when he set the professional football record for single-season rushing yards with 2,411 yards.

18 – The Dallas Cowboys acquired Walker’s NFL rights by selecting him in the fifth round (114th overall) of the 1985 draft. 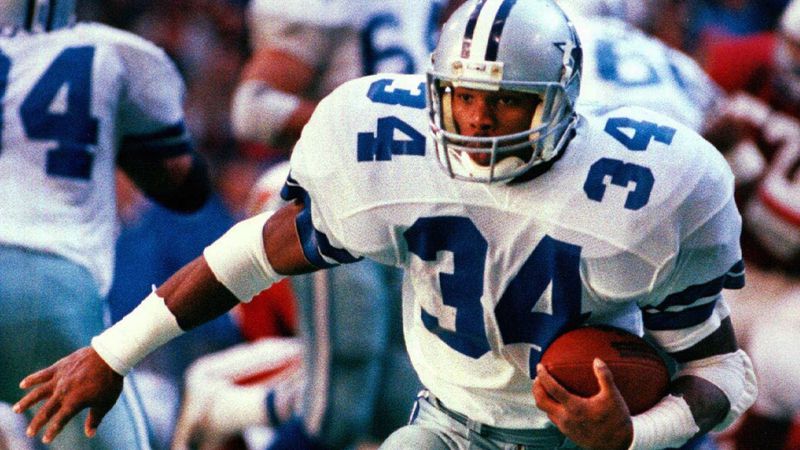 19 – With the collapse of the USFL, Walker signed with the Cowboys in 1986 and was moved to fullback to share the backfield with Tony Dorsett — becoming the second Heisman backfield tandem to play in the NFL.

20 – As a member of the Cowboys, Walker would line up at multiple positions: halfback, fullback, tight end, H-back, wide receiver — slot and flanker.

22 – While a member of the Cowboys in 1988, Walker danced in a one-time performance with the acclaimed Fort Worth (Texas) Ballet. 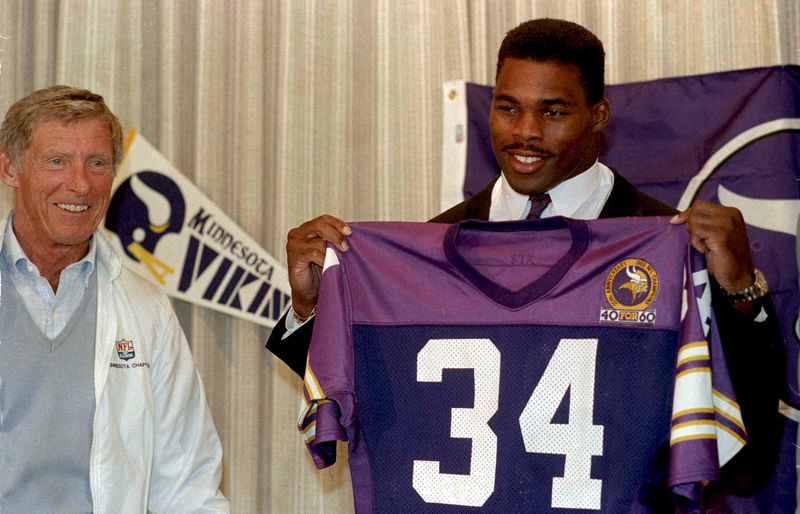 Former Dallas Cowboys running back Herschel Walker displays his new jersey after he was traded to the Minnesota Vikings for five players and six future draft choices, Oct. 12, 1989. (Jim Mone/AP)

23 – In 1989, the Cowboys traded Walker to the Minnesota Vikings for five players and six future draft picks. One of the draft picks acquired from Minnesota was used by Dallas on future Hall of Fame running back Emmitt Smith.

24 – Walker served as a brakeman on a two-man U.S. bobsled team at the 1992 Olympics, finishing seventh — the best U.S. finish since 1980. He also was due to race on the U.S. four-man team, but was replaced days before competing. 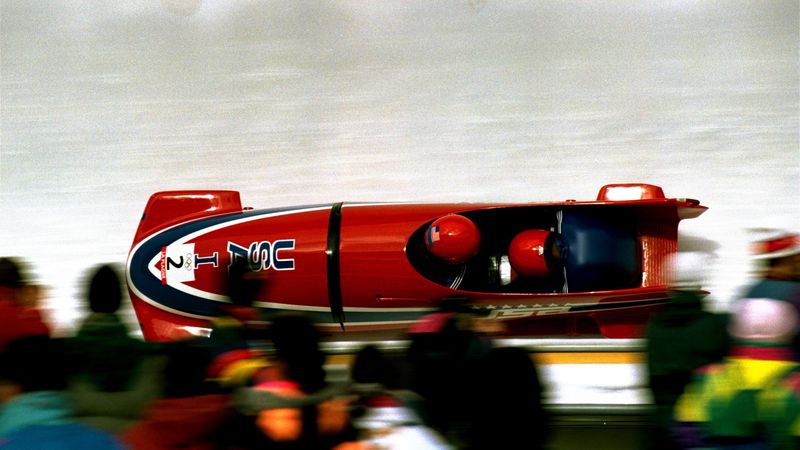 25 – Walker owned a car that raced in the United Speed Alliance Racing Hooters ProCup series, which raced on short tracks primarily on the East Coast in the late 1990s.

26 – After a 12-year NFL stint with the Cowboys, Vikings, Philadelphia Eagles and New York Giants, Walker retired in 1997 ranked second all-time in the league in all-purpose yards with 18,168.

29 – Walker is a fifth-degree black belt in Taekwondo. 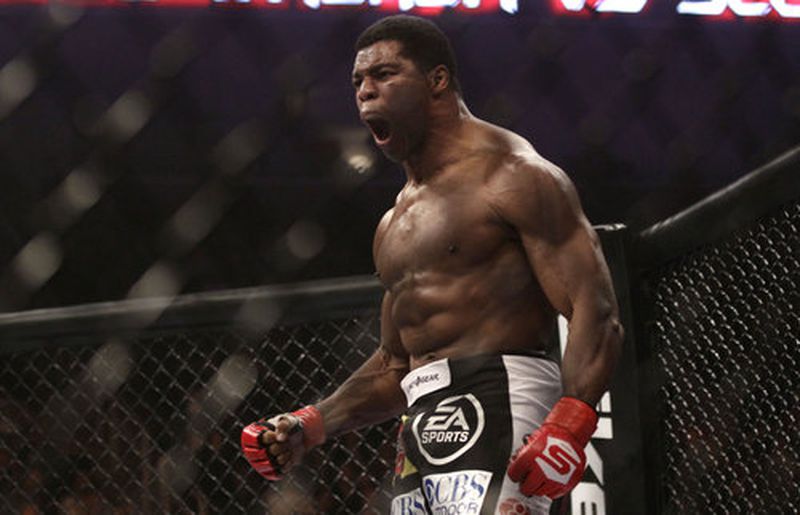 Herschel Walker, 48, celebrates his second victory as an MMA fighter with a roar. (Jeff Chiu/AP)

31 – Walker is the founder of one of the nation’s largest minority-owned food companies — Renaissance Man Food Services — which operates a meat-processing facility in Dublin, Ga. Among Walker’s company products is a line of chicken wings and appetizers called Herschel’s Famous 34, which are sold to restaurants, cafeterias and other food-service companies. His Herschel’s Chicken and Ribs Kitchen restaurant in Athens opened in 2013 and closed in 2015.

32 – Walker is an independent director of Sotherly Hotels, which lists The Georgian Terrace in Atlanta among its properties. 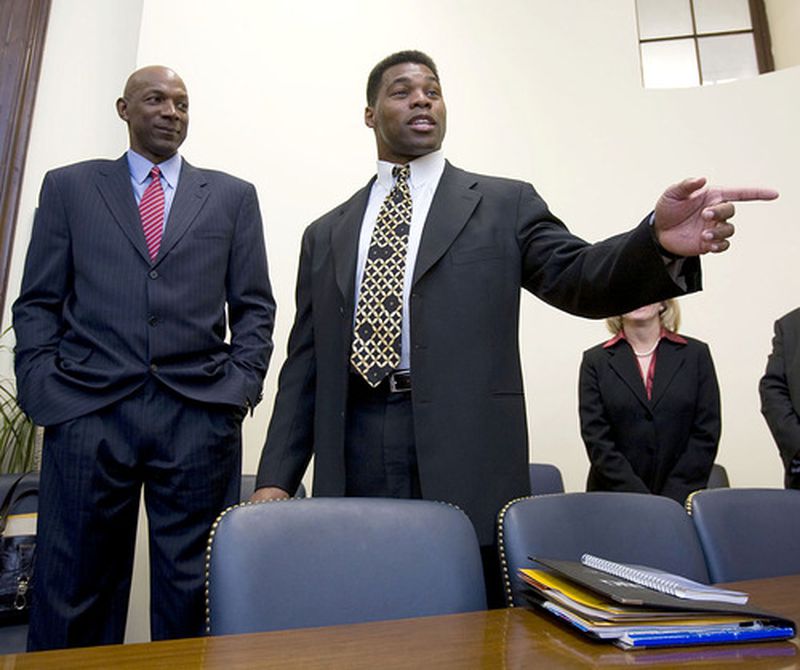 34 – Walker says his daily workout regiment consists of 1,500 push ups and 2,500 sit ups. He has lobbied Congress on multiple occasions for increased funding for physical education in schools.

White businesses must put up, shut up or get shut down | Michael Coard

Rich African American history is not forgotten in Franklin County