in News
Reading Time: 6min read
A A
You are here: Home / Money / Business / Will President Biden Follow Nancy Pelosi’s Lead?
Like

(ThyBlackMan.com) Are American workers, and especially Black American workers, getting a fair deal from President Biden, the Democratic Party, and the Congressional Black Caucus (CBC)? You can actually answer this question, yourself, as you read this piece or article. You do not have to be an economist, or a political guru, you simply have to know whether Mr. Biden is measuring up, in terms of truthfulness.

So, how do you do that, that is, figure out whether this guy is being truthful? Every single one of you have the needed knowledge in your head. You just need me, to remind you of what to look for, and what you already know. These questions can be answered through education. So, again, will President Biden, the Democratic Party, and the CBC follow the lead of Speaker Pelosi in the area of education? The good news is, that it is never too late, to get educated. 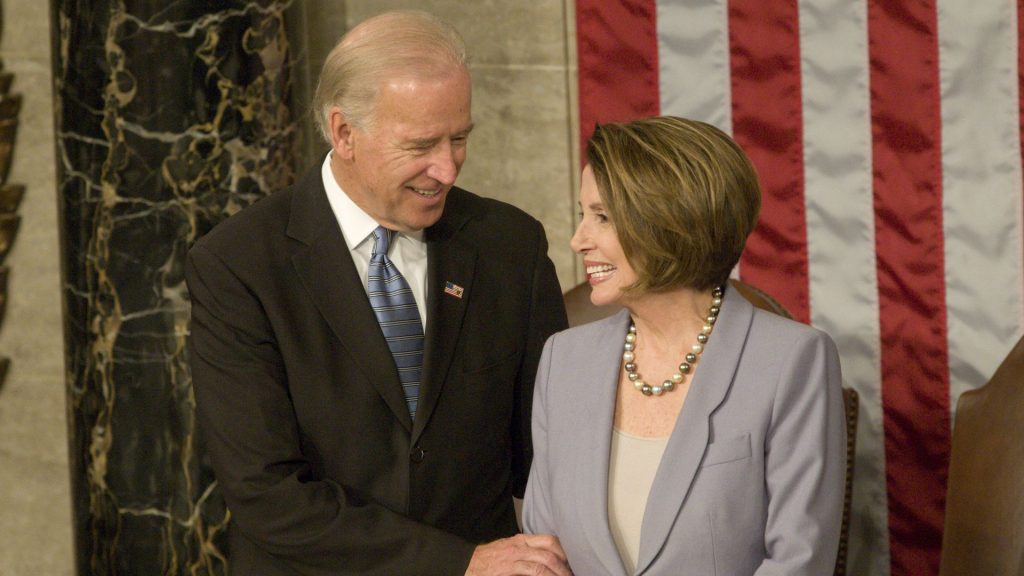 In the past, when our nation has gone through a tragedy or a major upheaval, our political leadership has found the courage to assemble a commission, or in the case of Speaker Pelosi, a select committee. We do this to educate ourselves. We present evidence and vital information, we ask questions, we analyze, we study and draw logical conclusions. We are compelled collectively, by common sense, and wisdom to seek understanding. The urgency for us to get understanding, is greater than the ignorance, that perpetuates division. Looking back, there was, the Warren Commission established by President Johnson, the Kerner Commission in 1967, and the 9/11 Commission.

And now, here comes Nancy Pelosi, and her bipartisan Select Committee to Investigate the January 6th Attack on the U.S. Capitol. Those who oppose the investigation want misinformation, trumped-up stories and lies, alternative facts, and deception to replace logical, rational, analytical, and intelligent reasoning. However, if Speaker Pelosi through her select committee does an impeccable job in educating us, about the attack, we then know how to proceed, going forward.

Thomas Jefferson said this, “If a nation expects to be ignorant and free, in a state of civilization, it expects what never was, and never will be.” His contention was, that the cornerstone of our democracy, rests on the foundation of an educated electorate, or voter. Jefferson, who wrote the Declaration of Independence and was our 3rd President, is also credited with saying, “Whenever the people are well-informed (educated), they can be trusted with their own government.”

President Biden and Vice-President Harris, Rep. Joyce Beatty, who is the Chair of the Congressional Black Caucus (CBC), and Rep. James Clyburn, the highest-ranking black in the House of Representatives, have never disputed that the Democratic Party, through its “Official Unemployment Rate” are, undercounting unemployed American workers, or presenting lower than what is the Real unemployment rate. The end result of doing this, besides distorting our unemployment rates, hides the fact that Black American workers are in a perpetual recession.

There is no effort being made by the Biden-Harris White House, or the CBC to educate us, as to why they are embracing 5.9%, as their official unemployment rate, when experts are saying the REAL unemployment rate is 9.8%. As a rational and logical electorate, we can only conclude, Biden, Harris, Democrats, and the CBC, are being selective in the subject areas they want to educate us. Naturally, they feel it is to their political advantage to educate us in the details of what happened at the U.S. Capitol on January sixth, however they see no such advantage politically in enhancing our knowledge and understanding, when it comes to the misrepresentation of our national unemployment rates.

There is no main street media coverage either, when it comes to this issue, which is somewhat understandable, I think, because this is not a majority population issue, as whites are the first hired back as an economic downturn subsides, and the last laid-off when it begins. This is primarily a Black American worker issue, as we are always the first worker group to be laid off and the last group to be rehired.

The CBC has a significant role to play in the outcome of any discussions concerning lies, when it comes to black unemployment rates. They are 25% of the Democratic Party’s House of Representatives. Benjamin Franklin said this, “As we must account for every idle word, so must we account for every idle silence.” What does the CBC silence mean, when it comes to this great issue, when it is clear to even the most casual observer, the CBC has a seat at the table?

Mr. Davis is a leading expert and consultant in Financial Analysis and Social Dynamics. He is a graduate of Florida A. and M. University (FAMU), a former stockbroker, and a human rights activist who resides in Sanford, Florida. He was awarded the prestigious Governor Haydon Burns Scholarship to attend FAMU and while at FAMU was awarded the first Martin Luther King Scholarship. He is the author of three books, among them is “The Fix This Time,” Boost Your Retirement Income! Simultaneously Create Jobs and Spur Economic Growth (https://www.amazon.com/dp/B00MI3PD2M).

Mr. Davis can be reached through his blog @ https://thefixthistime.com.