in News
Reading Time: 19min read
A A
Getty Images

From the moment that it was announced that Kerby Jean-Raymond, founder and designer of Pyer Moss, became the first Black-American invited to show at Paris Couture Fashion Week, we knew that we were in for a treat. However, not a soul could have anticipated just how powerful and prolific the showcase would actually be.

For starters, rather than showing in Paris, Jean-Raymond opted for Villa-Lewaro, the home of the late Madam C.J. Walker, to be the grounds to present his trailblazing collection. Originally slated for Thursday, the presentation was thwarted by severe thunderstorms, causing the Pyer Moss team to recreate the entire show from beginning to end (cookout included) for Saturday. It’s important to note, however, that while the rain may have dampened Thursday’s plans, the enthusiasm that swept the Irvington, NY grounds today was a reminder not only of the resilience of Black people, but also the profound impact that Jean-Raymond’s creativity has had on the culture.

Before the fashions were revealed, the dynamic Elaine Brown, former Chairman of the Black Panther Party, delivered a powerful message about liberation — setting the tone for what would be a fashion show whose garments were visual representations of Black excellence. Every single couture look served as a take on a Black invention — from the horseshoe, to the mop, and of course, the hot comb. A true redefinition of couture, Saturday, like everything Jean-Raymond does, was crafted with thoughtfulness, unsurpassed creativity, and Black people at the forefront.

Ahead, check out the incredible moments that graced the runway. 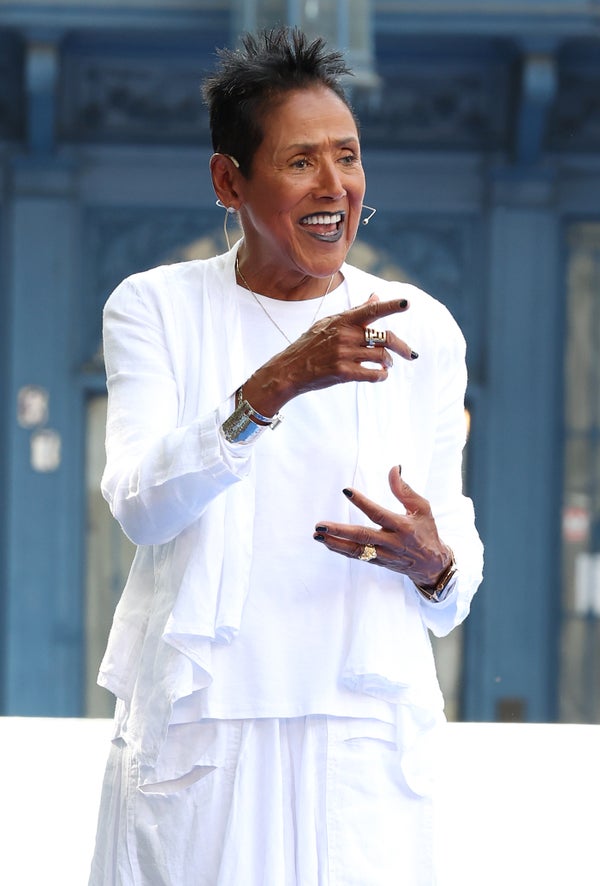 The Super Soaker — by Lonnie Johnson. 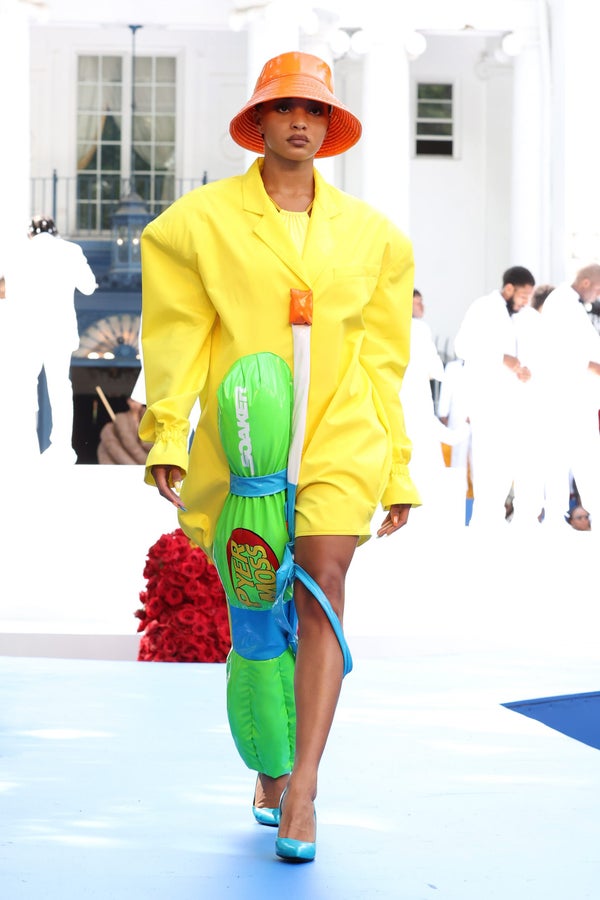 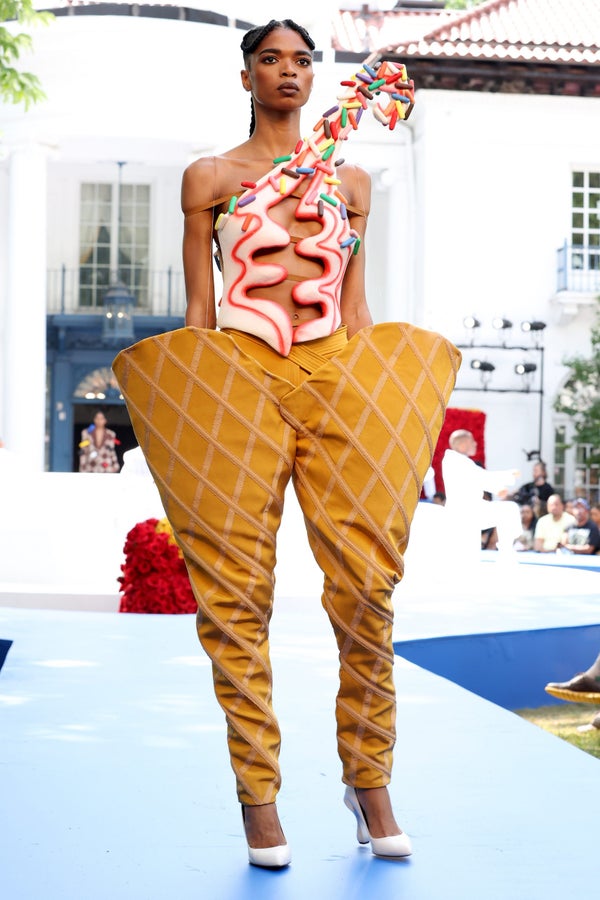 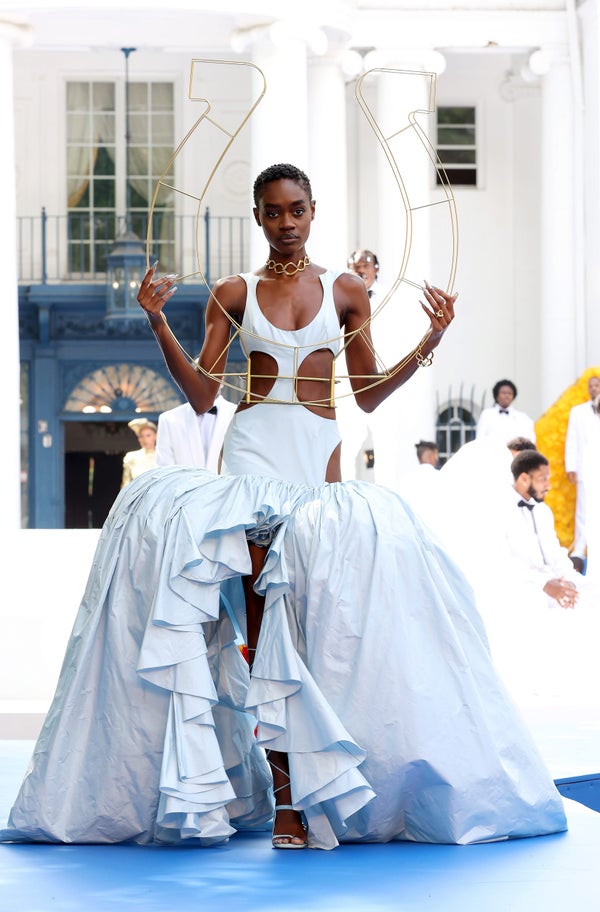 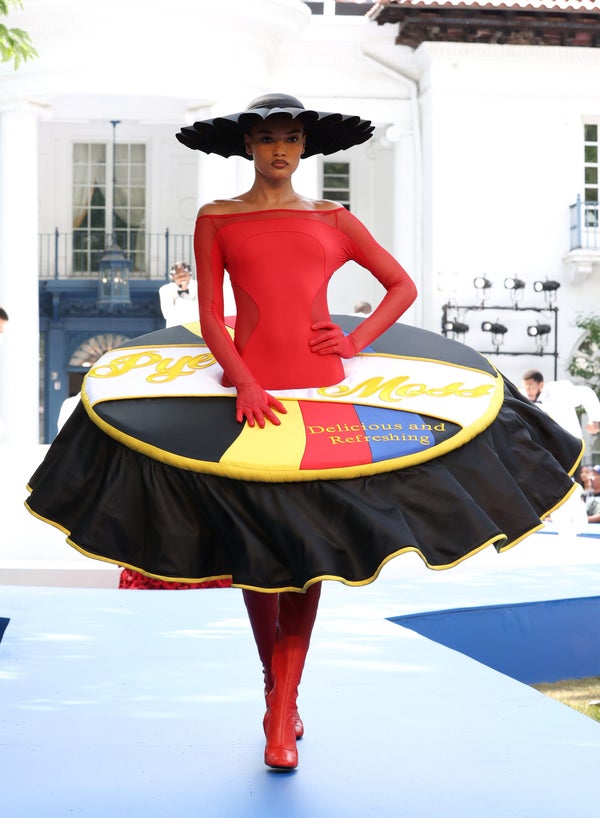 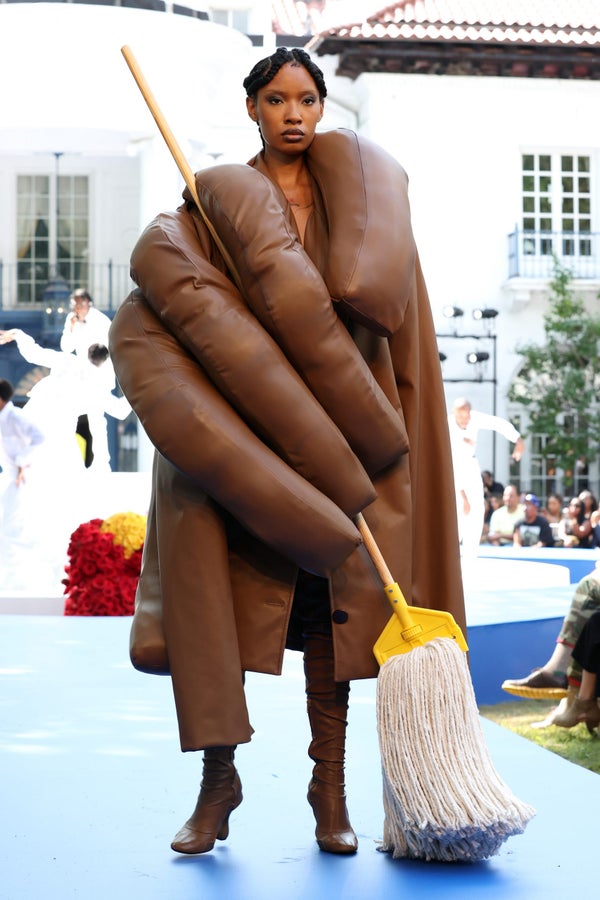 The Lock — patented by W.A. Martin. 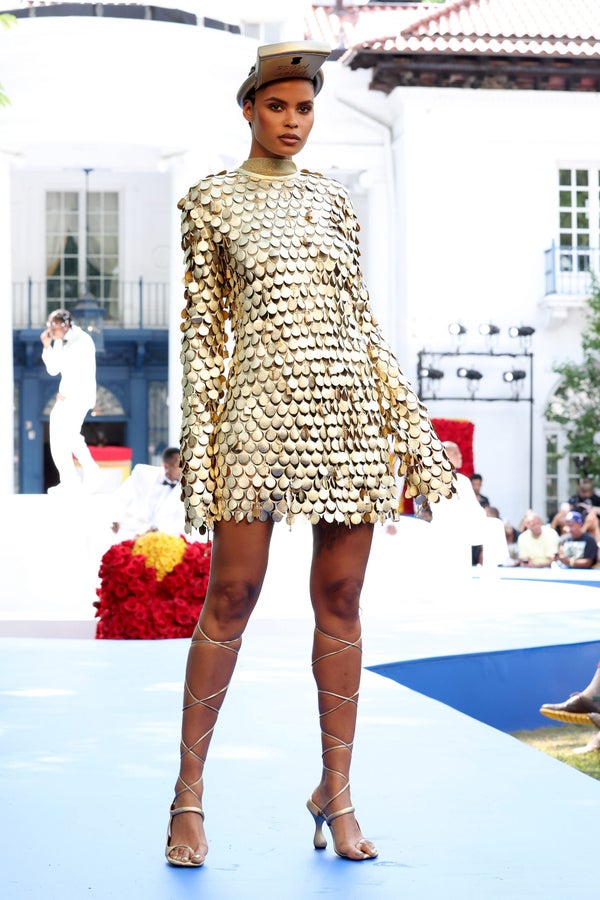 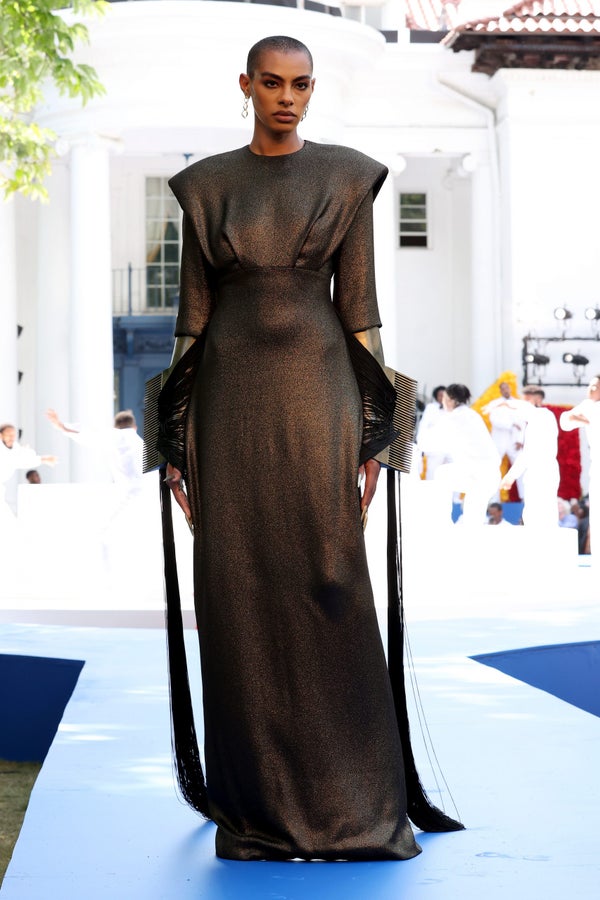 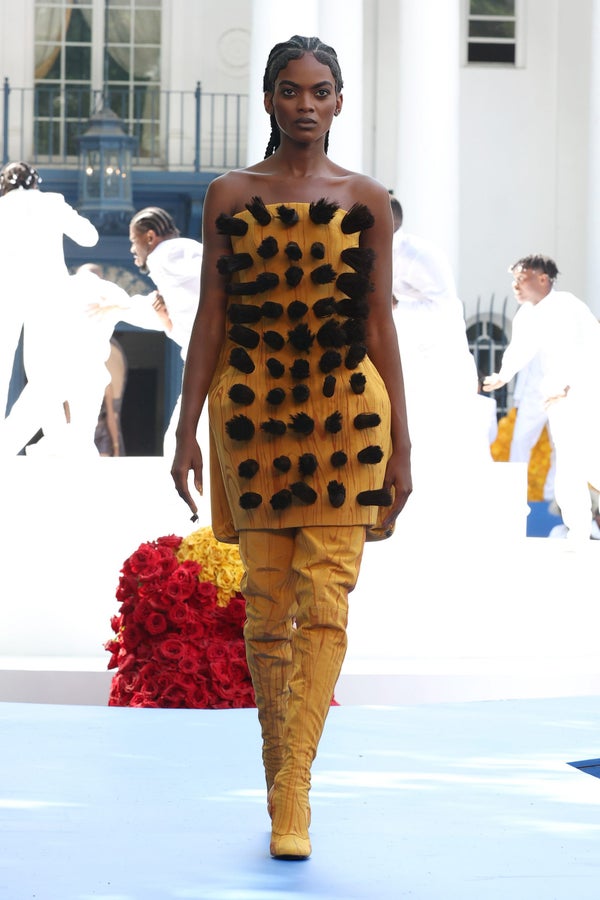 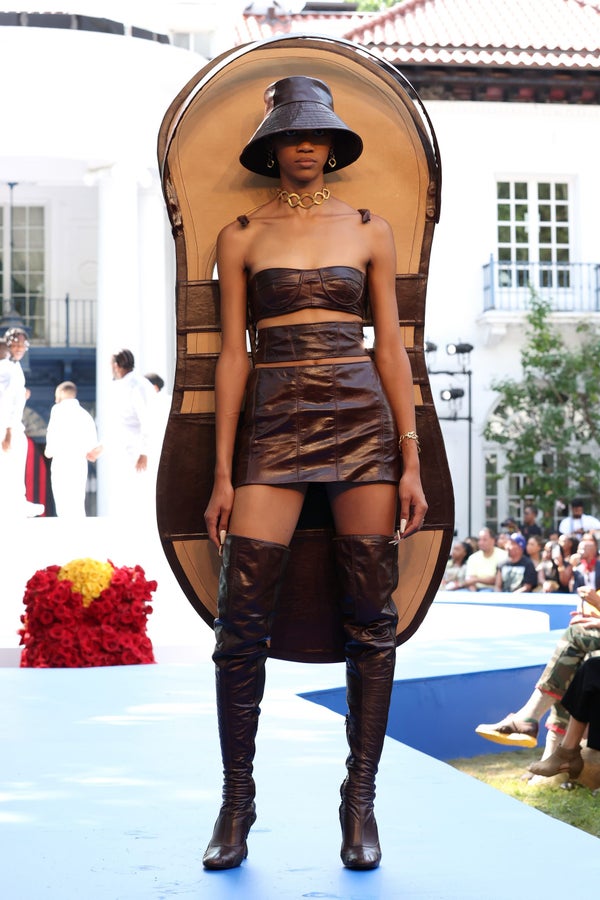 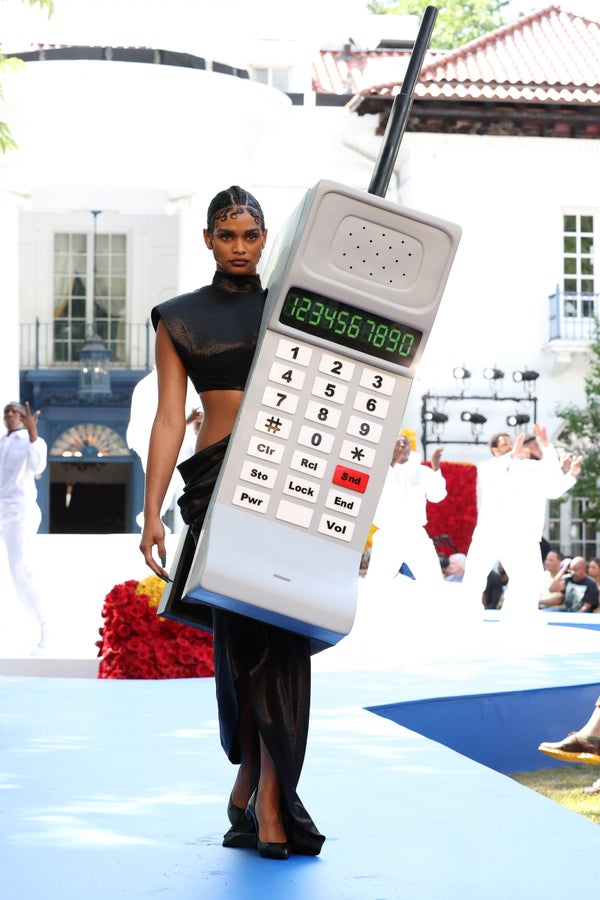 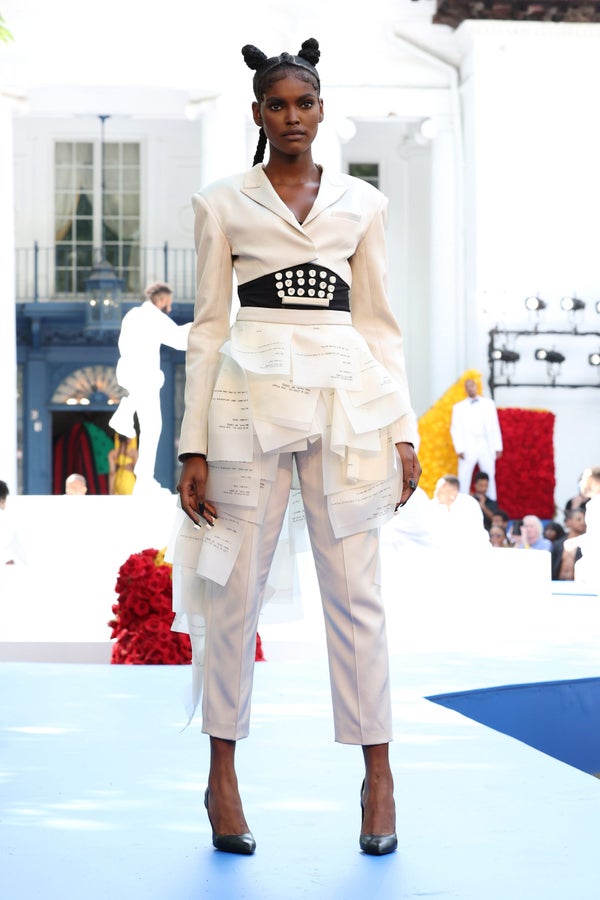 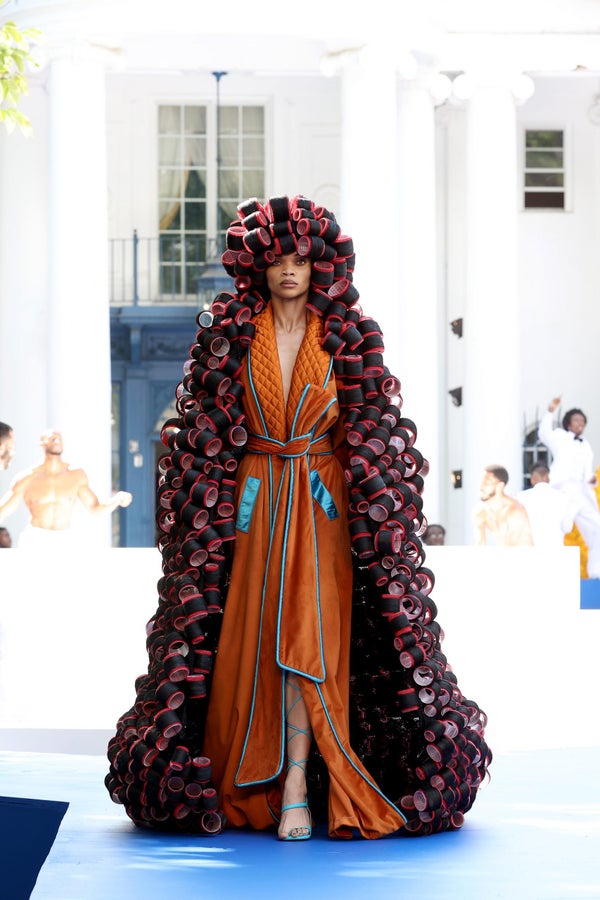 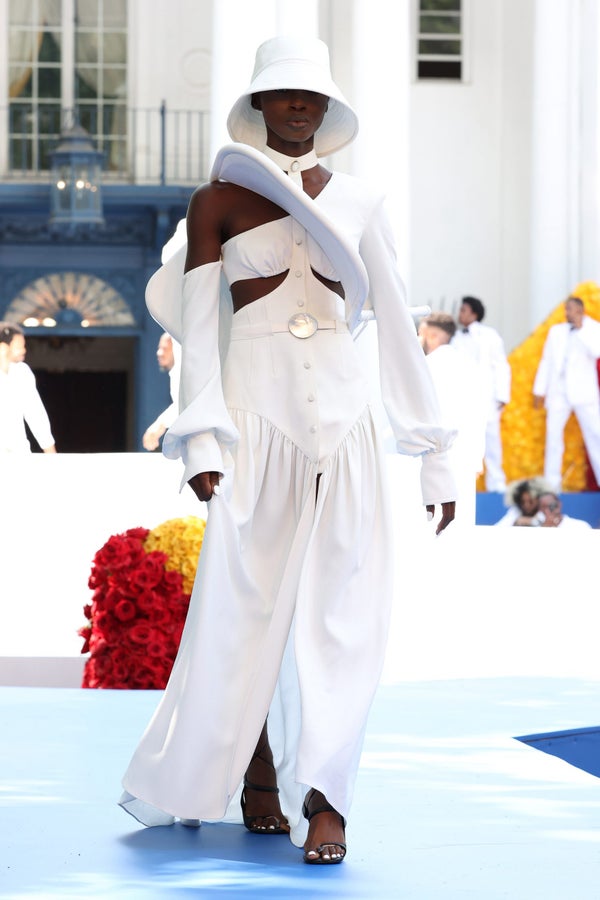 Chess — said to have originated in Africa. 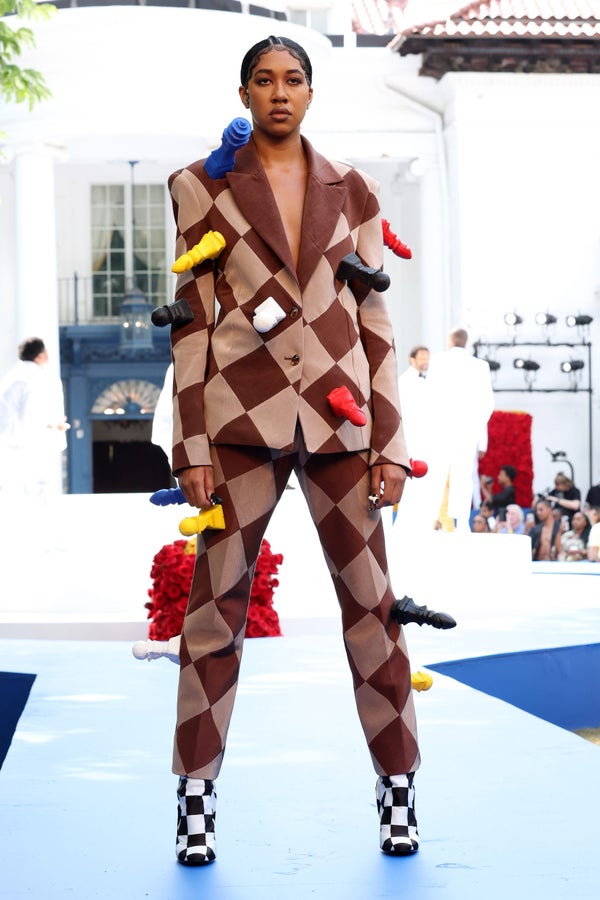 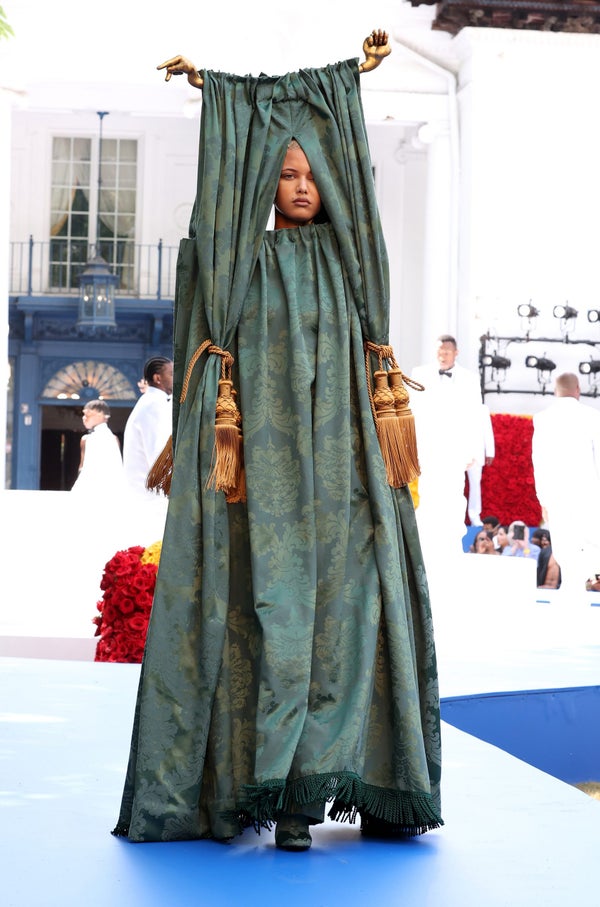 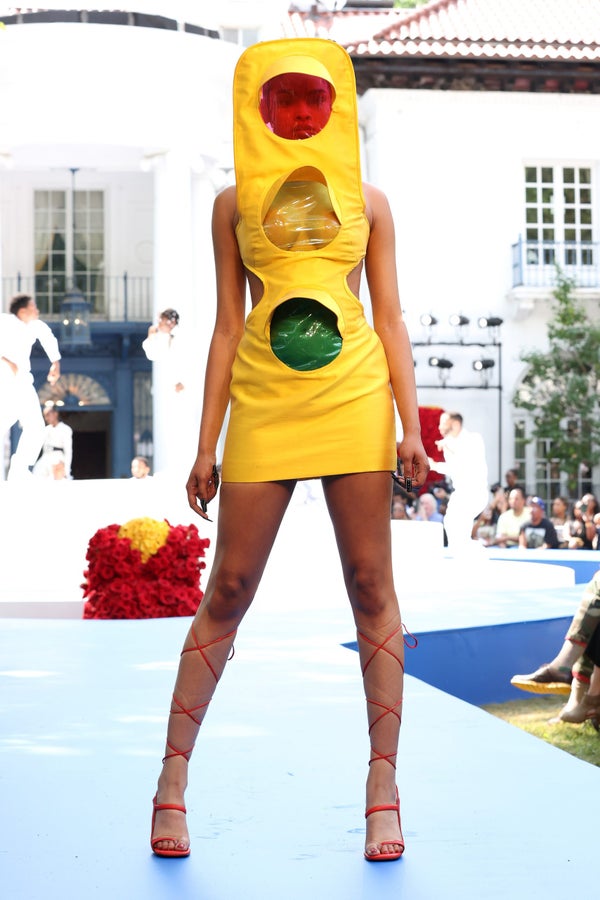 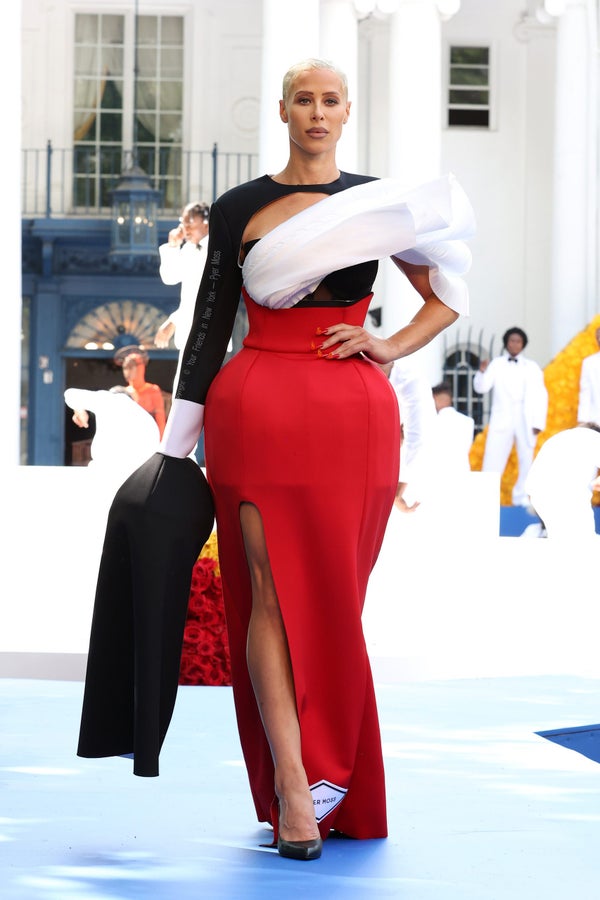 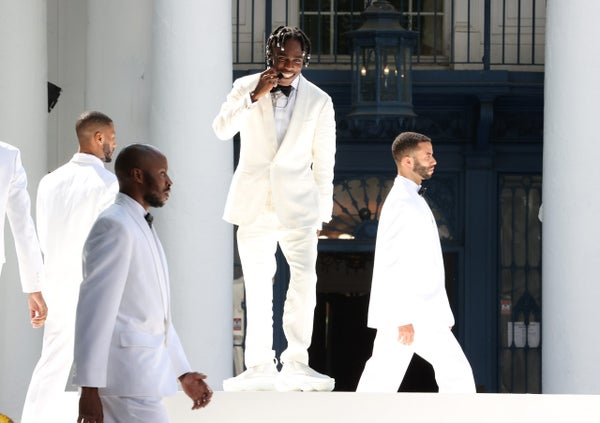 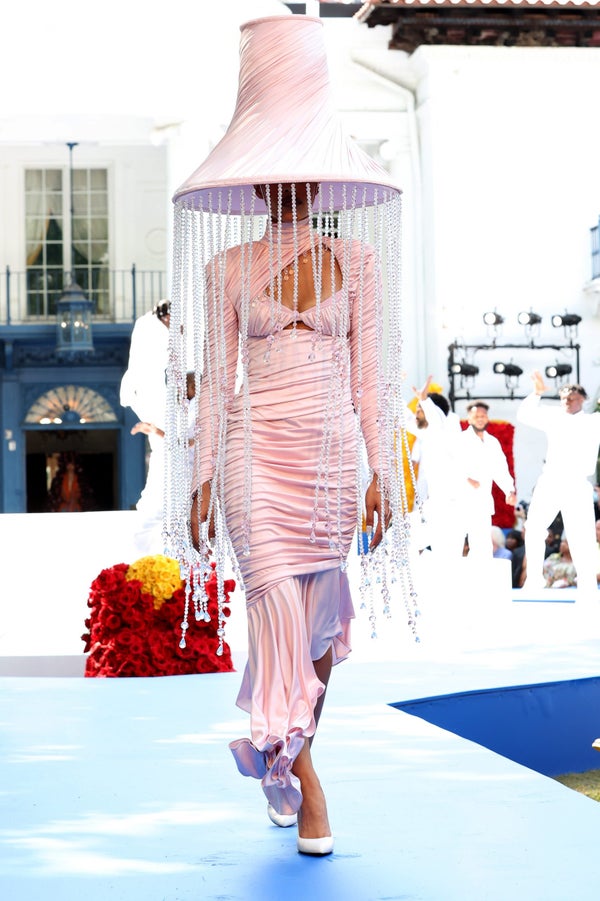 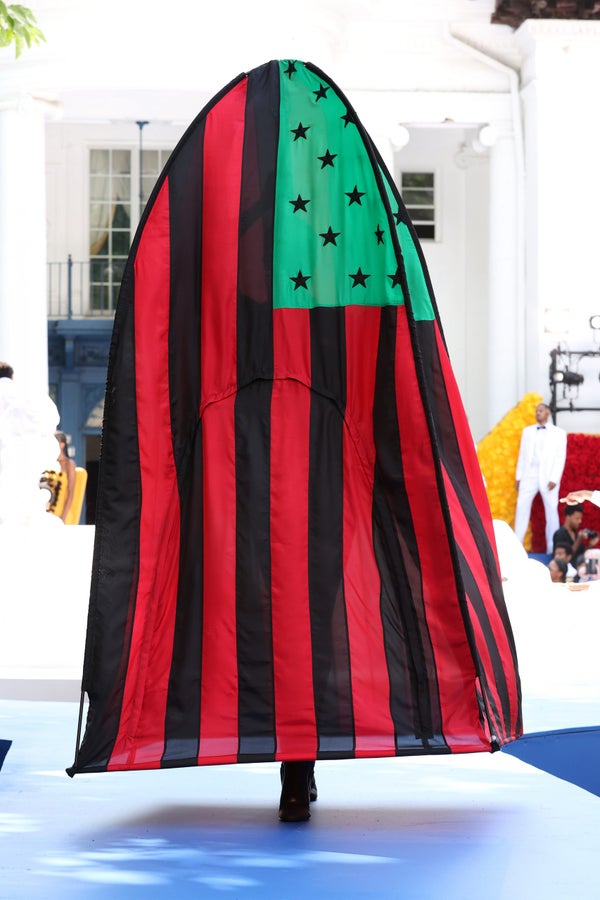 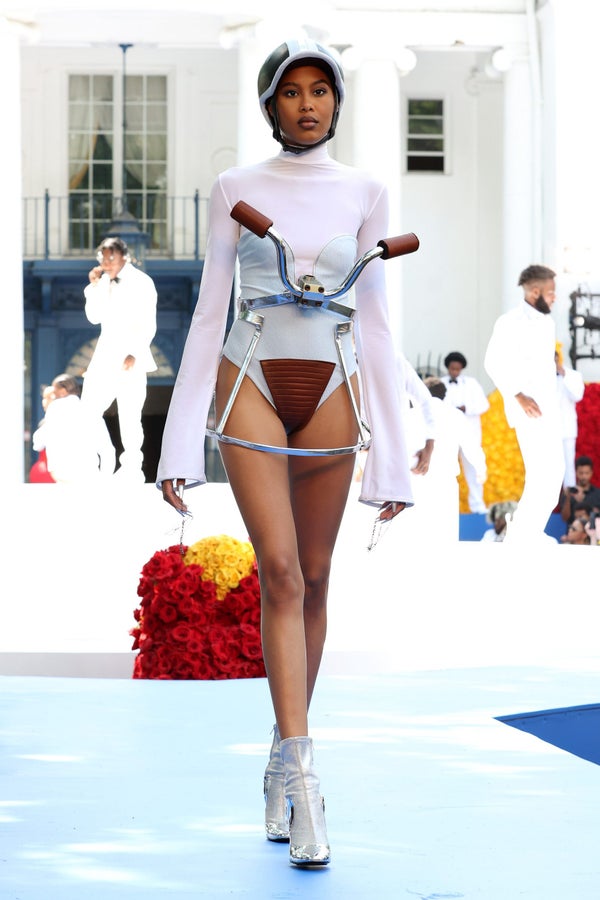 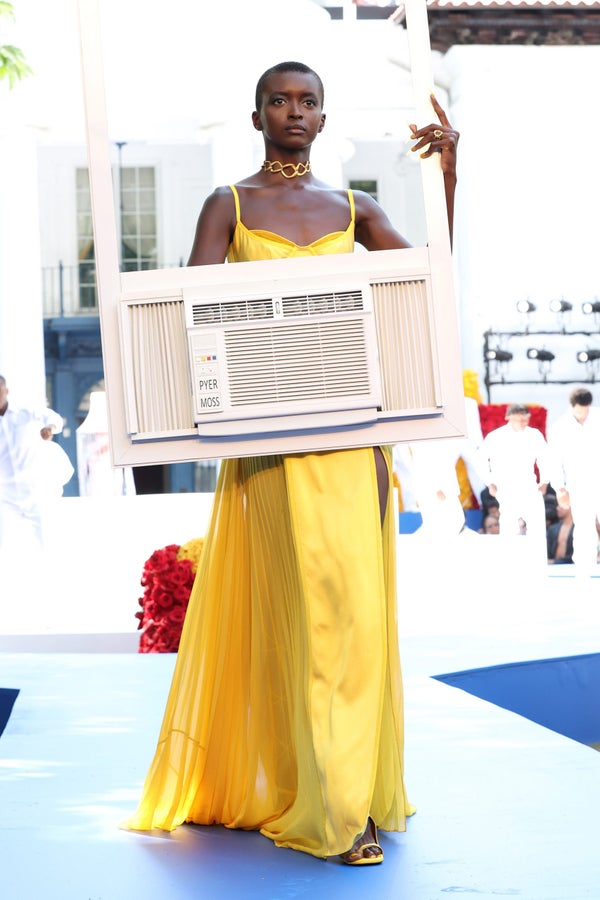 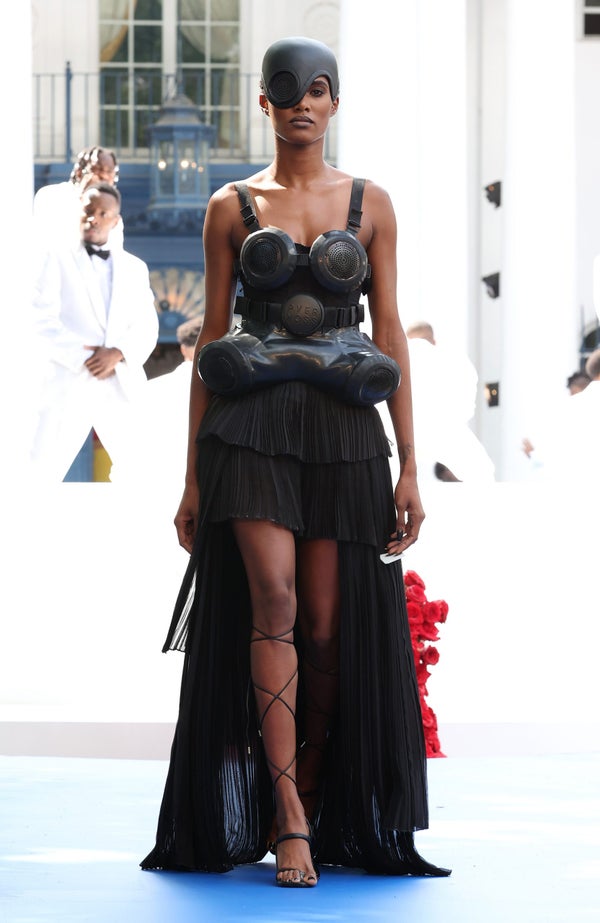 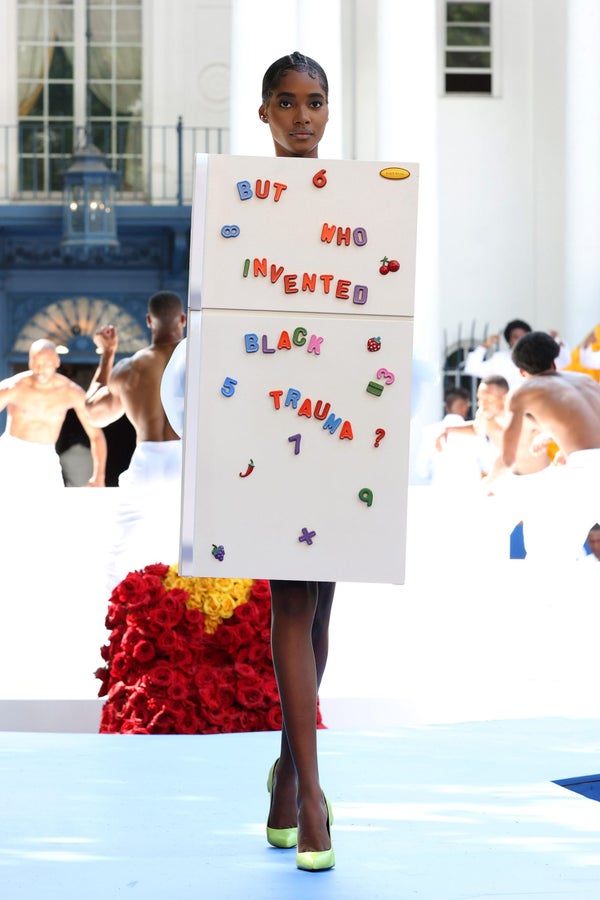 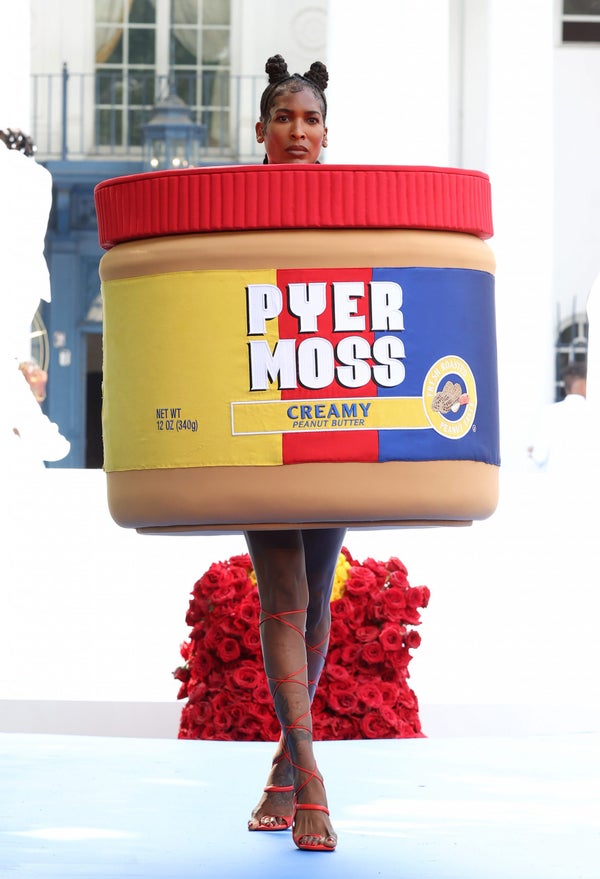 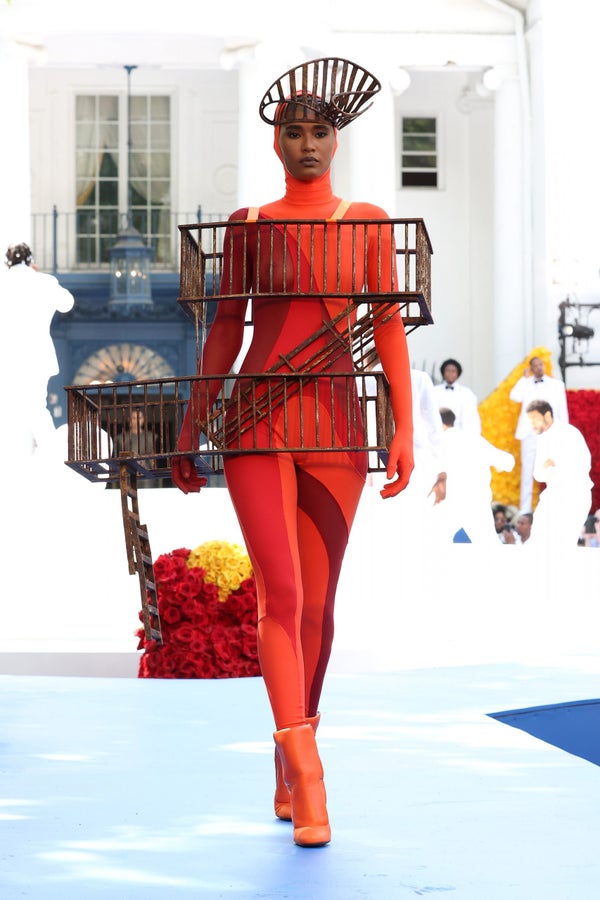 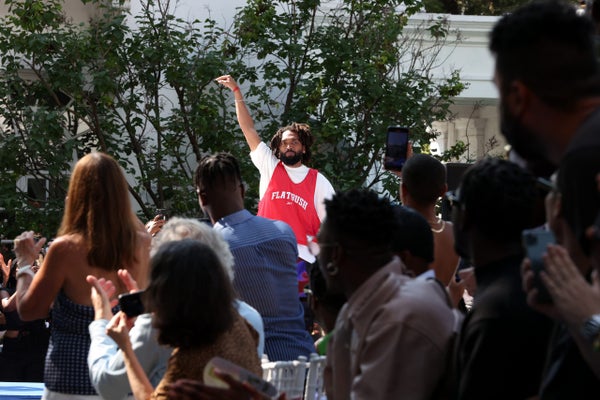